Pietro Sambugaro wept with joy when the far-right firebrand Jair Bolsonaro was confirmed as president of the world’s fourth-largest democracy. A month into Bolsonaro’s reign, he remains on cloud nine.

“The mood is of immeasurable satisfaction,” the diehard 28-year-old bolsonarista gushed this week.

“The contentment Brazilians are feeling is just gigantic, thank God.”

But as Bolsonaro marks his first month as president on Friday – an anniversary overshadowed by a mining disaster that has claimed at least 99 lives and left 259 people missing – not everyone is so sure.

Bolsonaro built his populist assault on the presidency on a Trumpian pledge to drain its political swamp after the worst corruption scandal in its history.

His appointment as justice minister of the corruption-busting celebrity judgeresponsible for jailing the former president Luiz Inácio Lula da Silva enraged Brazil’s left but thrilled many citizens desperate to halt the thieving of public money.

In his inaugural address, Bolsonaro promised to lead an anti-sleaze crusade that would forever free his homeland “from the yoke of corruption”.

But already those vows are starting to look shaky as suspicions of political shenanigans and ties to organised crime hover over one of Bolsonaro’s politician sons – and some supporters begin to fret over their leader’s disorderly opening act in power.

“It smells dirty,” one rightwing activist, Guto Zacarias, grumbled last week after Bolsonaro’s international debut at the World Economic Forum was overshadowed by a snowballing scandal linking his son with a Rio de Janeiro death squad.

“I have about 60% confidence in them. I’m definitely wary,” said Verena Schultze, an anti-corruption campaigner and one of the 57.8 million Brazilians who propelled the former paratrooper to victory. “Bolsonaro is not new on the political scene – he’s been around for some 30 years. And we know how old politics work in Brazil. So I have my doubts.”

Bolsonaro, a far-right nationalist known for his hostility to minorities and his affection for authoritarian rule, swept to power last October with a huge mandate from voters to do away with the old.

His election was a stunning rebuke to Brazil’s left, which had governed for 14 years between 2002-16 and – for all the social advances it oversaw – is widely blamed for leading the country into economic calamity and a cauldron of corruption. In a jubilant victory address Bolsonaro vowed “to change the destiny of Brazil”.

But even before he took office on 1 January the first whiff of scandal was in the air.

In mid-December, questions emerged over the financial dealings of his eldest son, Flávio Bolsonaro, a recently elected senator, amid mounting allegations he had engaged in an illegal, tithe-like practice known as the rachadinha by which politicians siphon off part of their employees’ wages.

Last week the plot thickened when the Brazilian newspaper O Globo alleged that Flávio Bolsonaro had employed the mother and wife of an alleged death squad leader whose gang was suspected of involvement in the assassination of the Rio councillor Marielle Franco last year.

The man who claims to have recommended the women for those jobs? Fabrício Queiroz, a longstanding friend of Brazil’s president.

As Brazilians digested the latest chapter of a scandal some now call “Bolsogate”, one Brazilian commentator wrote: “The presidential family’s skeletons … seem to be buried in a shallow grave.”

The potential severity of the scandal is such that, just days into Bolsonaro’s presidency, one prominent rightwing site pondering whether Bolsonaro might have to be replaced by his vice-president, Hamilton Mourão.

Brazil’s president has sought to distance himself from the affair while simultaneously defending his son. “It is not fair to target a boy … in order to try and affect me,” he said.

Flávio Bolsonaro has denied wrongdoing, claiming he was the victim of a leftwing witch hunt designed to hurt his father.

But while Bolsonaro’s approval ratings and consumer confidence both remain high, experts say the damage has already been done.

Paulo Celso Pereira, head of O Globo’s Brasilia newsroom, said Bolsonaro had hoped to “hit the ground running and impose his agenda, particularly in terms of public security and economic reform” when Brazil’s congress reopens on Friday. “I think this will now be very hard.”

“It’s difficult to remember a Brazilian government that has gotten off to such a bad start … It’s hard to find anybody who manages to defend what has happened in this first month – unless they are paid to do so.”

Bolsonaro’s opening act has also been blighted by the collapse of a mining dam near the south-east city of Brumadinho. Hundreds of bodies remain lost under the flood of mining waste, and five people have been arrested in the ongoing investigation.

The dam catastrophe has raised further questions over the president’s controversial plans for environmental deregulation: Bolsonaro has attacked environment agencies for holding up development with what he describes as excessive licensing requirements and has advocated freeing up mining in protected indigenous reserves.

Pereira said it was far from the “triumphant start” Bolsonaro had desired.

But the bigger fear was that having emerged from years of political and economic turbulence – including a historic depression, the impeachment of a president and a profoundly divisive election campaign Brazil could slip into a state of “eternal crisis”.

For all the criticism which has appalled and delighted Bolsonaro opponents in equal measure – many are sticking by their man.

“He’s done a great job so far,” insisted Ana de Moraes, 56, a retired lawyer from Rio de Janeiro whose only regret was that the rightwing rabble-rouser had appeared to have toned down his incendiary rhetoric since taking power.

“I almost miss the Bolsonaro who would tell it like it is and say whatever he thought,” Moraes said, adding: “I’m not worried. I am 100% behind this government. I’m already in the campaign for 2022.” 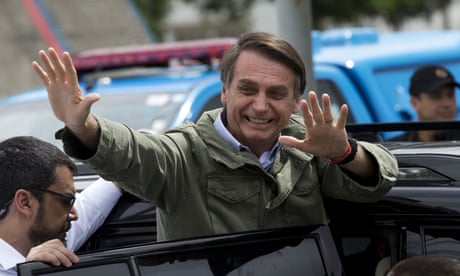 Who is Jair Bolsonaro? Brazil’s far-right president in his own words

Bolsonaro has faced troubles abroad as well as at home: his decision to appoint a pro-Donald Trump foreign minister who claims climate change is a Marxist plot has raised eyebrows.

Bolsonaro’s appearance at Davos – during which he cancelled a meeting with the press and gave a short and shallow speech to the world’s business elite – was widely panned as a debacle.

One Nobel laureate offered a withering assessment of Brazil’s commander-in-chief: “He scares me … Brazil is a big country and deserves someone better.”

… we’re asking readers to make a new year contribution in support of The Guardian’s independent journalism. More people are reading and supporting our independent, investigative reporting than ever before. And unlike many news organisations, we have chosen an approach that allows us to keep our journalism accessible to all, regardless of where they live or what they can afford. But this is only possible thanks to voluntary support from our readers – something we have to maintain and build on for every year to come.

Readers’ support powers The Guardian, giving our reporting impact and safeguarding our essential editorial independence. This means the responsibility of protecting independent journalism is shared, enabling us all to feel empowered to bring about real change in the world. Your support gives Guardian journalists the time, space and freedom to report with tenacity and rigor, to shed light where others won’t. It emboldens us to challenge authority and question the status quo. And by keeping all of our journalism free and open to all, we can foster inclusivity, diversity, make space for debate, inspire conversation – so more people, across the world, have access to accurate information with integrity at its heart. Every contribution we receive from readers like you, big or small, enables us to keep working as we do.

The Guardian is editorially independent, meaning we set our own agenda. Our journalism is free from commercial bias and not influenced by billionaire owners, politicians or shareholders. No one edits our editor. No one steers our opinion. This is important as it enables us to give a voice to those less heard, challenge the powerful and hold them to account. It’s what makes us different to so many others in the media, at a time when factual, honest reporting is critical.

Please make a new year contribution today to help us deliver the independent journalism the world needs for 2019 and beyond. Support The Guardian from as little as £1 – and it only takes a minute. Thank you. 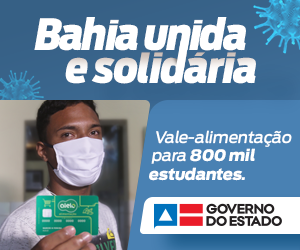